Master of the SEO arts Barry Adams explains what publishers need to do in order to improve their relationship with everyone’s biggest source of readers – Google.

Adams, of Polemic Digital, has been building websites and working with many world-leading media brands on SEO strategy for more than 20 years. Speaking at a special seminar in London for senior publishing figures, organised by Glide Publishing Platform at the Amazon HQ, he provided a fascinating, and candid, introduction to the latest thinking on how best to get traffic from Google.

But first a warning. Google giveth and Google taketh away. And when it comes to news publishers, the search giant has mostly been taking away in recent years.

Google makes major updates to its search algorithm every few months. These are changes to the instructions given to the AI-brain which powers Google search. The way Adams tells it, Google’s search technology lives within a black box and even it does not know how search updates will play out once set free in the real world. This is why they often have unforeseen consequences and sometimes need to be rolled back. 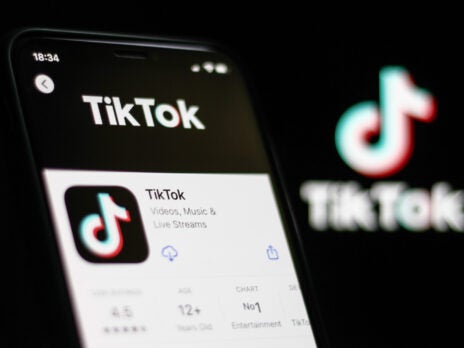 Thank you.
Please check your email to download the white paper.

The last major Google search update was the link spam update on 14 December 2022 aimed at neutralising the impact of “spammy” links. These are links which have been inserted in websites with the hope of gaming Google’s search rankings. Links to sites are one of the ways Google’s algorithm decides whether they deserve to rank in search.

Previous changes have included the helpful content update of August 2022, which aimed to crack down on made-for-search articles that summarise what others have written without adding value and on articles that fail to answer the question posed in a headline, thus leaving readers feeling conned.

Adams warns that publishers have been facing an uphill struggle to feature on Google since March 2018, the date of a Google search update Adams describes as the Newspocalypse – a change that massively downgraded the amount of space Google gave to many news websites.

He uses a graph provided by SEO research company Sistrix to show how the BBC’s visibility on search has drastically reduced since 2018, alongside most other major news publishers.

“Everyone took a massive nosedive and have not recovered since. It was the first real instance when Google said ‘fuck you’ to news websites.”

“In 2018 news publishers got put in a lane and Google said ‘you can rank for this and nothing else’. If you write outside those lanes it’s more difficult to get traction in Google search results.

“The Daily Mail for example rarely ranks for stories about the royal family [despite having huge expertise in this area]. Google won’t let them rank for that.”

Adams said publishers have no appeal and no recourse when it comes to the rulings of Google, but they can improve things for themselves through “the power of tiny gains”. By getting 1% better every day.

“You can build back your visibility until the next time Google says ‘fuck you news websites’.”

Adams breaks down what Google does into three main areas of activity: crawling websites, indexing them and ranking them.

The three pillars of SEO as he sees them are directly related to these areas: technology to improve the way your site is crawled, relevancy of content to ensure it is indexed and authority (to ensure Google gets the right signals to rank your content in search results).

Google Search Console is the most useful tool for improving technical SEO, says Adams, and you should pay particular attention to your core stats report, server response time and core web vitals. The core web vitals are a test of user experience (page load time and so on) based on data collected by Google from users of its dominant Chrome web browser. You can test your site’s core web vitals for free using sites such as PageSpeed Insights. One way to improve a site’s performance is to reduce use of Javascript in favour of HTML. Since Google reads HTML, Adams’s basic advice is “don’t use Javascript”.

He says: “Google does index JavaScript in general, but it’s time-consuming so for news articles it skips that part of its indexing process and looks at the HTML only.”

The speed of your website is the most important factor to ensuring that it is regularly crawled by Google. Websites should have a server response time of under 200 milliseconds, Adams says. Anything slower than 600ms and “you need to worry”.

Accelerated Mobile Pages are, he says, largely dead as a project. This was the format whereby sites provided pages which could be quickly served on mobile by Google. Reuters, Future and others have all switched off AMP with no detrimental effects. But, Adams warns, don’t delete AMP unless your “core web vitals” are good.

“Writing for Google and writing for people is nearly the same, Google just needs a bit more signposting.”

Adams said there are three essential components on a page which Google pays the most attention to when trying to index your article:

1) The structured data headline (previously subject to 110 character limit, but now Google just says keep it concise otherwise it will be truncated on some devices)

2) The page heading (can be longer)

The next most important piece of content is your intro – the summary paragraph that Google indexes and publishes alongside the headline in search. So while the headline should outline the topic, the intro should briefly summarise the article.

Note: Most news websites will have an area where you can write the Google summary as separate from the on-page intro (thus allowing for more creative news and feature intros).

Adams describes internal links within articles as the “SEO superpower” – particularly when it comes to linking to your website’s own topic and subject pages.

“If you do that systematically you will see massive payoff, it just works.”

Google employs thousands of raters who use published guidelines to rate websites to ensure those which have Expertise, Authority and Trustworthiness (EAT) feature in search results.

How to make scoops work

Google claims to reward originators of content. But The Sun has complained that its scoops are often buried in search by imitators who have done little more than lift the story.

Adams says: “Google says it wants to give prominence to the first publishers of a story. That doesn’t happen. Google has a preference for more recent articles. If you are first with a breaking story you are not going to rank for that story.

“Google triggers top stories [on search] because of search volume and publishing volume. If you are the first with a breaking story, nothing has happened.”

If you have a scoop, Adams suggests writing spin-off articles throughout the day. And if you can’t write the first article on a story, writing the best one could lead to more traffic anyway.

If there is a major update made to a story, he suggests giving it a new URL and setting up a redirect from the former one so that Google knows it is a new story and recrawls it. Major prominence on the homepage also helps Google find stories.

According to Adams, AI-written content is a sure way to undermine your site’s EAT score with Google and it is something the search engine can easily detect.

Advertising overload is a lose-lose strategy

Overloading a site with adverts for short-term game is a self-defeating strategy, according to Adams.

Era of easy clicks is coming to an end

Adams predicts that in the next year or so Google will stop rewarding articles such as “what time is X football match on” which are written purely to attract cheap clicks while providing the reader with little or no value. “It is better to own a topic and write about it in depth.” He suggests these sorts of articles will be penalised by Google “probably before the end of March in the next core update”.

Email pged@pressgazette.co.uk to point out mistakes, provide story tips or send in a letter for publication on our “Letters Page” blog

Apple could introduce a pricier iPhone ‘Ultra’ in 2024